Now buy something, you cheap bastard!

“Sit down, have some tea.” We sat down and immediately felt trapped. We had just wanted to know what those strange white stony-things were. Now we knew. They were alum stones, which can be used as deodorant or for shaving-cuts. We had also tried the Berber crème, smelled a wide range of spices from Red Curry to Ras el Hanout and suspiciously eyed the Berber shampoo (which not only looks like dirt, but also feels like it when washing your hair). But we also knew we wouldn’t leave without buying something.

A few days earlier we had landed in Fez, one of the old imperial cities of Morocco. We had spent two days there, before taking a train down south to Marrakech. We had dismissed our initial tactic of saying “No, thank you”/”La, sukran” to everything offered to us on the streets – for we had discovered a conflict between trying to see and experience as much as possible and at the same time turning down everyone, because of fear of being sold something or guided somewhere. Now we tried a more open approach, taking up offers to see stuff, as long as it was promised “free” and “no charge” and finding ever new excuses, why we would come back later to maybe buy something. Well, not all offers, we still just declined the drugs. 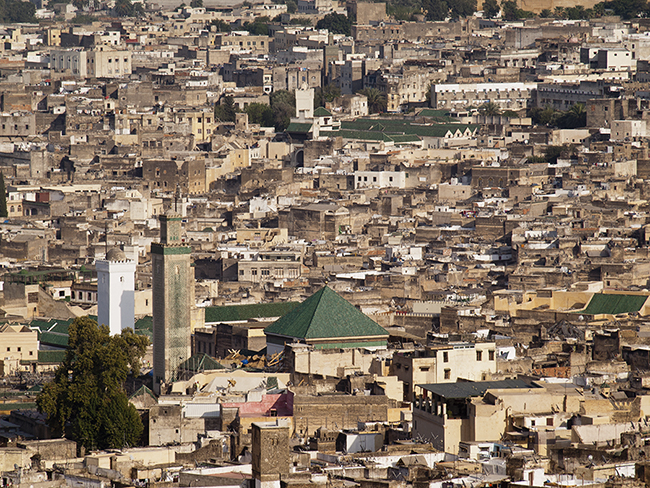 The imperial city of Fez. Hunting grounds for tourists and locals alike.

The stories about hasslers, faux guides and Arabic sales tactics can be quite intimidating and being intimidated is not the best way to explore a foreign culture. Good thing, we soon learned that us saying no wasn’t a problem for our Moroccan hosts. As long as we stayed respectful, they would be friendly and smile. Of course, they wouldn’t fall back at the first turned down offer and some would be more persistent than others, but sooner or later everyone would accept a no and bid goodbye with the inevitable “Welcome!”.

The problem was obviously us not them. The uncomfortable feeling we got, once someone devoted time and effort to us. Showed us what he or she had to sell, explained and offered us tea. It wasn’t them giving us the feeling of being trapped, but our own guts, telling us: “You wasted their time, now buy something, you cheap bastard!” I for one, have the same sensation, when walking into a small store in my hometown Vienna, where you can’t hide in the impersonal anonymity of the bigger stores. Here and there it is hard for me, to walk out without buying. But, like with most things in life, the trick is practice and in the last days of our trip we even managed to accept tea and still excuse us without spending money.

Some things we actually did want to buy, which meant, we had to bargain. Of course, every European, who goes to an Arab country, knows that. So it wasn’t a surprise. But as some people love bargaining, others don’t. And I’m of the latter persuasion. I don’t like it; I’m not good at it. But, like most backpackers, I still have the urge to pay the same prices locals do. To my girlfriend’s discomfort, this combination lead to phases of brooding disappointment about done deals, hindered joy about purchased stuff and rapid mood swings from “That was a great deal” to “… but was it?”. 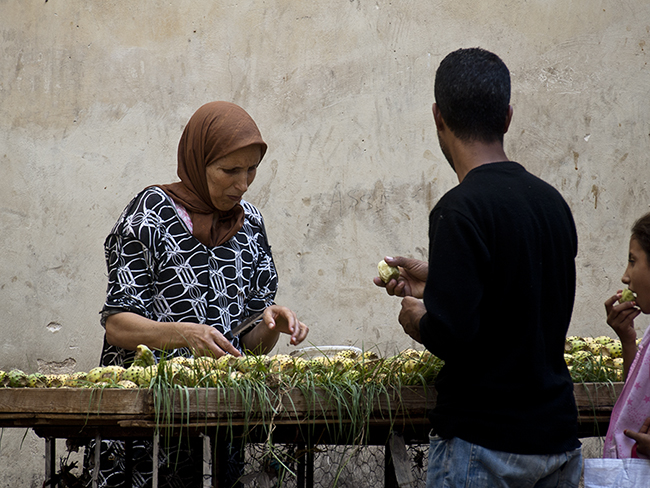 The backpacker’s holy grail: Paying as the locals do.

In my defense, this whole bargaining thing is completely messy. There is absolutely no logic in it. The moment you thought you got it, the next offer will throw you off (We still don’t know, if the guy asking for what seemed to be a reasonable price right from the start, just didn’t like bargaining as well or if he was especially devious). And if you think the sales people are good at judging tourists for their worth, I want to mention the guy who wanted to show us his shop “for luck”, before asking us, if we want to buy an apartment in the medina of Fez.

So in utter lack of understanding what was going on, we resorted to fix a maximum price between ourselves in advance and sticking to it come what may. It kind of worked. We probably still paid too much, but at least, we enjoyed it. We also tried to find people, who had no interest in selling us something and asking them for reasonable prices. And finally, to relieve us of feeling cheated all the time, we decided to treat it as a game of social redistribution. Loosing a game is not that bad, as long as you have fun, and it’s ok to loose, if the other party excels in skill and practice (what they most certainly did) As backpackers it is hard to overcome the mentioned urge to pay as the locals do, it is kind of a point of honour. But from a leftist, socialist point of view, socially adjusted prices are not that bad.

So in the end, we made our peace with hasslers and bargaining. There was stuff we bought, although we didn’t intend to. There was stuff we know we overpaid. There probably was stuff we think we got for a good price, but still paid too much. But we didn’t spend more money, than we had and we got some really nice things for it. So, why bother… 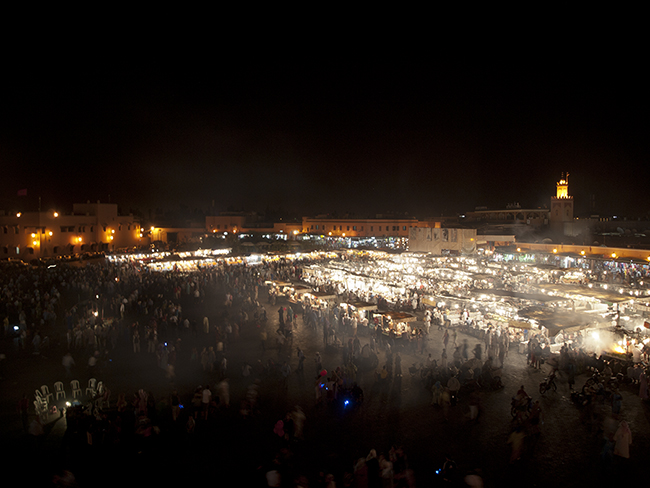