I had spent about a week in Port Ronan, a couple of houses on Malin Head, a peninsula proud to be the most northerly spot in Ireland, when for the first time I was going to have really bad weather. It hit me on the way to the beach. 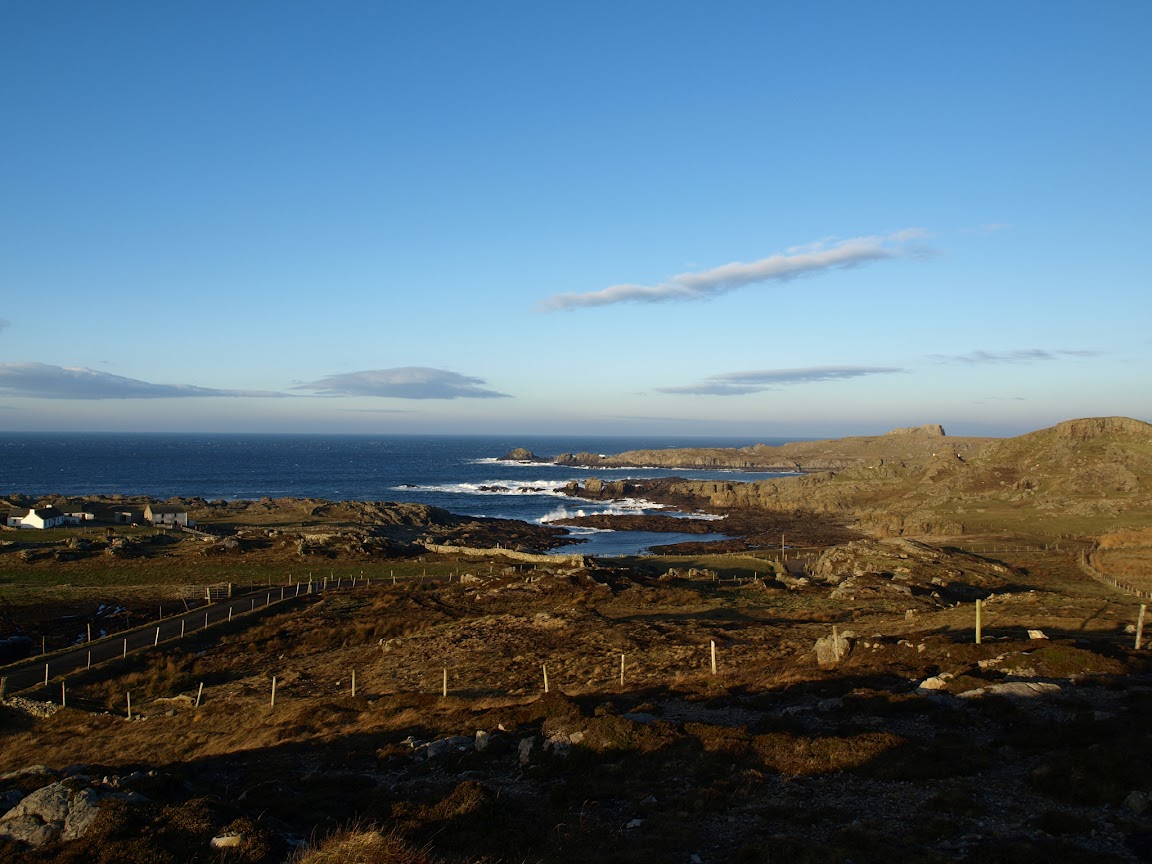 My hostel was everything I could dream of, after travelling for three weeks. Clean, heated rooms, hot water, a living room with a small bay looking out on the sea, kept warm by one of those old wood-fired cooking stoves and really nice owners. They lived in their own house, right next to the hostel and I shared the 25 bed house with only one other tourist. On my arrival they had told me everything I needed to know about the peninsula, and I had seen almost all it had to offer on the first three days. They only spot I haven’t been was the Five Finger Strand, a sandy beach with stationary sand dunes in the south-west of the peninsula. So on the fourth day, I grabbed my camera and left the hostel early in the morning.

It was quite a walk to the beach, about 8 km, and after half an hour it started to rain. It began really harmless, I wasn’t too worried, it was just a little sprinkle. Unpleasant, because of the strong wind, but I was already used to that. Never before in my life had I experienced such strong and permanent wind as on Malin Head. So I wrapped myself into my coat, bowed my head and kept walking against the wind.

My optimism soon proved to be completely unsubstantiated, the rain grew stronger and stronger and so did the wind. I almost had to run, just to keep moving forward. The wind was lashing the rain into my face, my efforts to protect me with my hoodie failed miserably. When I finally made it to the beach I was soaking wet, my clothes sticking to my body. I tried to find shelter in a little church standing next to the beach, but could only hide in its wind shadow, as the doors were firmly locked.

Standing there, as stiff as possible, because every move seemed to squeeze the wet and cold clothes closer to my body, I watched the rain jumping back from the headstones on the small graveyard next to the church and silently cursed whoever locked the doors the one time I really, really wanted to go in.

After a few minutes I decided to go home, leave the beach where it was – a five minute walk from where I was standing – have a hot shower, grab my book and stay in the hostel for the rest of the day. Again I wrapped myself into my soaking coat, bowed my head, stepped out of the wind shadow and started walking. In that very moment the wind ebbed away, the rain stopped from one second to the other and the clouds broke up. Sounds kitschy, was kitschy, but lifted my spirit enough to give the beach another shot. 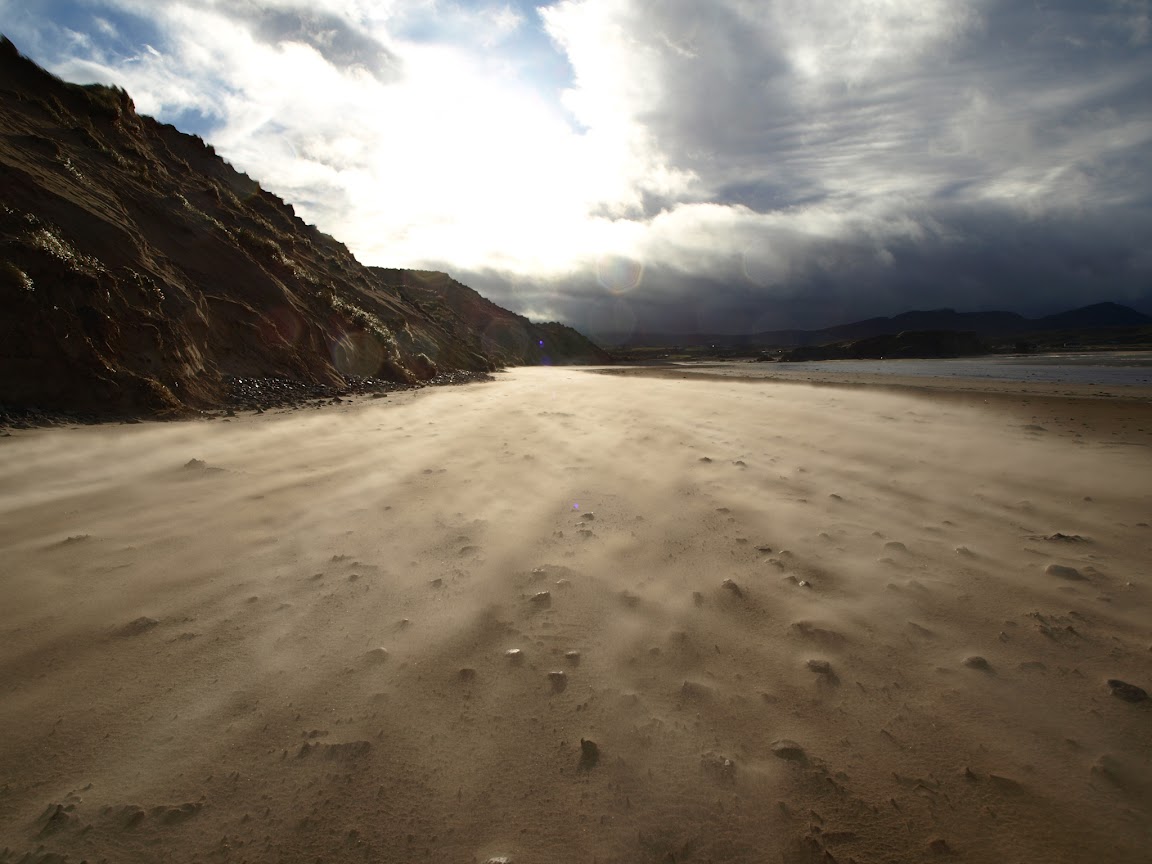 A view worth the trouble

I walked around high, grass-covered sand dunes and stood in front of the sea, on a beautiful sandy beach, the dark clouds reflecting where the sand was wet from the retrieving waves. On the other side, where the sand was dry, the wind became visible. Low clouds of sand, floating swiftly over the beach. The wind here was even stronger than before, this time drying my clothes and covering them under a thin layer of sand.

Alone at the beach I spent some time there, until I was completely dry again, but exhausted from walking against the wind on the loose sand. On my way home I met a bunch of cows, running around on the road, followed by a nice old Irish guy who tried to get them back where they belonged.

Fuckin’ wind, he let me know how they had escaped.

I also saw a dog tearing the wool of a sheep that was lying on the floor and only ran away when I started shouting at its attacker. I don’t know what happened to it because the dog followed it behind the house after glancing reproachfully towards me. That probably had something to do with the wind too. 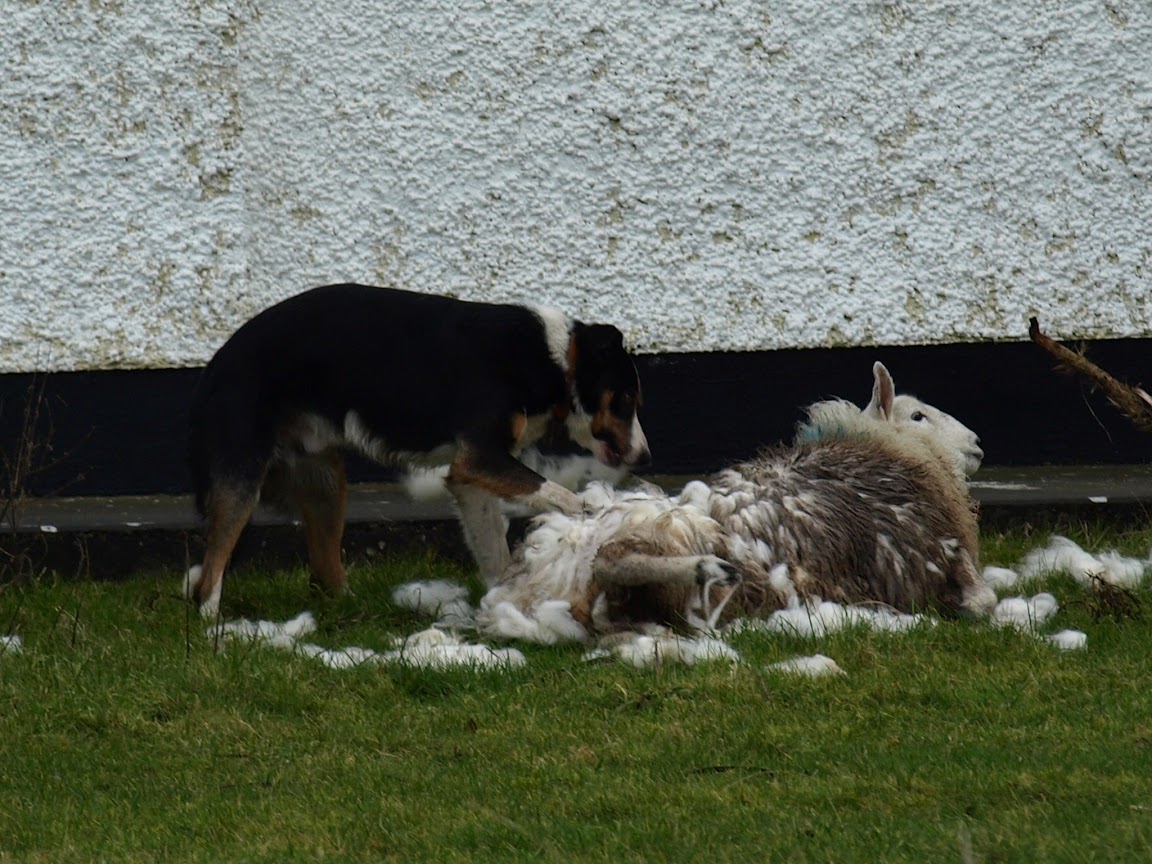 Anyway, I made it back to my hostel where I took my shower, washing layers of brown sand of my body, and finally retired into the warmth of the living room.

1 Response to Walk on