The crossing in La Quiaca went fast and without any problems. The usual Austria-Australia-confusion (The guy is holding my passport, looks at me and asks ‘Australia?’) didn’t cost any time and we entered Bolivian ground. The little border-town Villazon gave us a first impression of how different the next weeks were going to be, Argentina is much more European than the surrounding countries. Walking into the bus station we were met by a chorus of people shouting destinations at us. We randomly picked a company to La Paz and two hours later we were waiting to enter our bus. 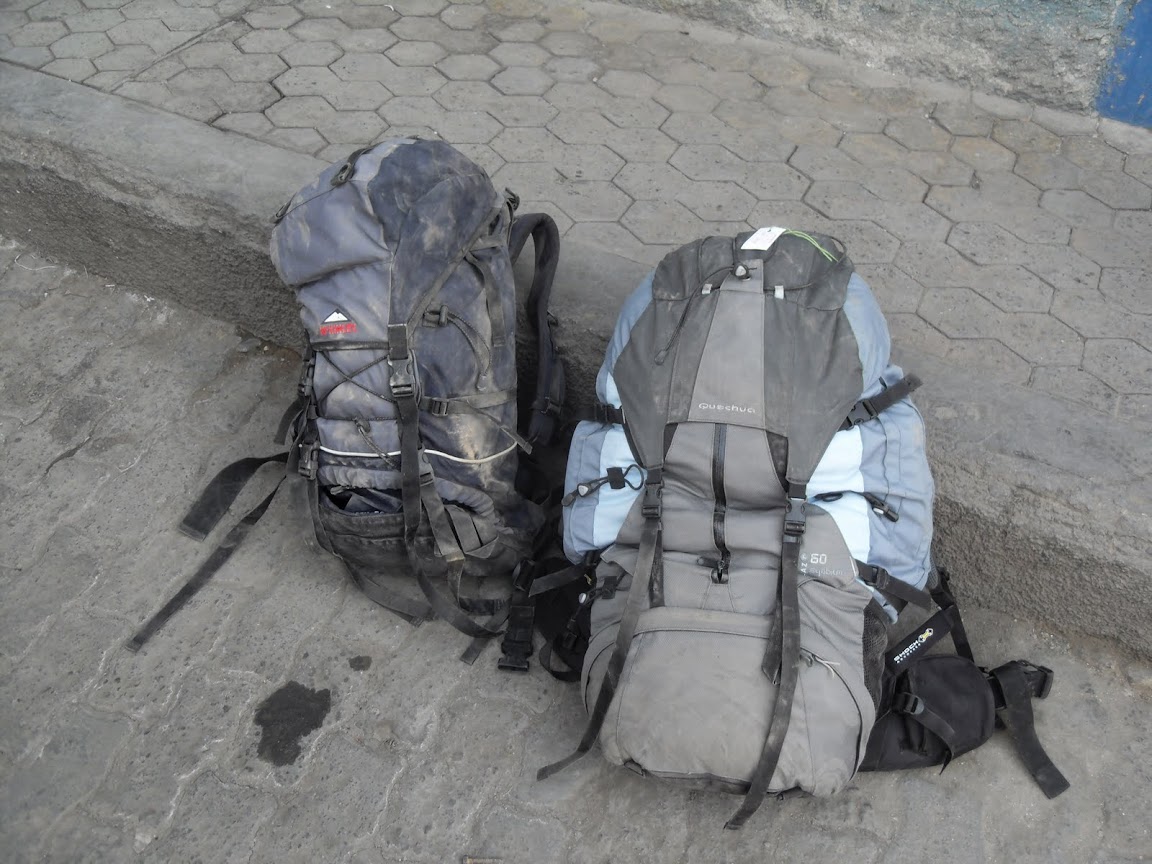 The worst bus-ride of my life

There we met Trevor, a mountain guide from Manchester, who had done this trip a couple of times and let us into the secrets of Bolivian bus travels. He especially warned us about the bumpy roads and the cold and dust coming from outside. We still didn’t expect what was going to happen. We hit the jackpot and got two places in the last row, the only one without reclinable seats. So most of the time the seats in front of us where 20cm from our heads. After five of the 18 hours (we were faster than expected) I wrote (mentally as there was no light) the previous article. Two or three hours later the road got better, the one meter leaps rarer, but exhaustion (I managed to sleep maybe 20 minutes) and people who now occupied the middle seat of the last row (Flora sat at the window and slept a two or three hours on my shoulder) didn’t really allow me to relax. Anyway, with sunset there came light and everything gradually improved. A couple of hours later we could even change seats.

In the bus we met a French couple who we might meet again on our way through Paraguay. They stayed in La Paz and we moved on in the most expensive bus ever (there was no other) to Puno in Peru, crossing the second border and the second timezone in two days (we are now seven hours behind Vienna). La Paz (on over 4000m) is an amazing sight, thousands of match-box-houses crawling up the surrounding mountains. The border to Peru was again no problem and on the bus we met a guy from Limerick who was on his honeymoon (we couldn’t find out where is wife was). 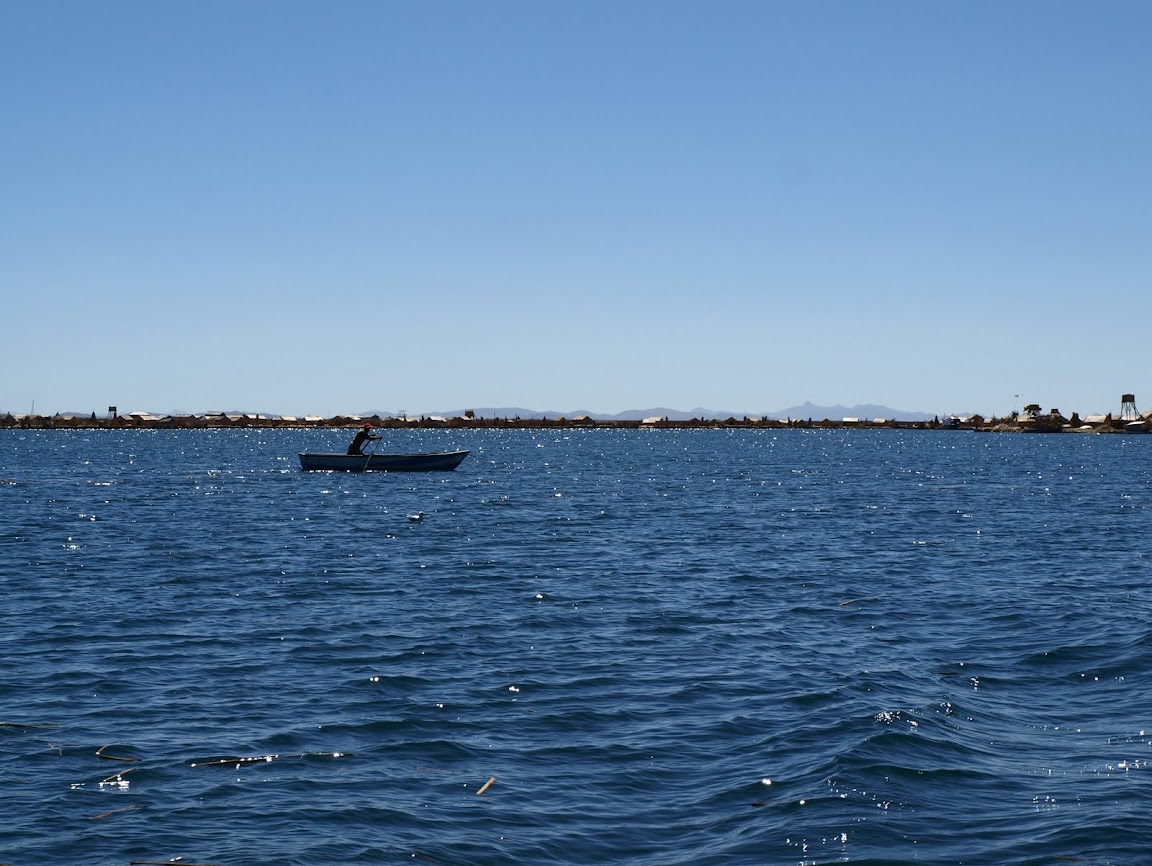 Retreat on the lake

We took another bus to Puno at Lake Titicaca (which means something with a puma and we were told it resembles a puma eating a rabbit) on 3860m. We found a great and cheap little place to stay and went to see the Floating Islands, home of a tribe called Uros, who had built them out of totora reeds to escape from the Incas and Collas some hundred years ago. The two-hour trip was amazing, although the whole thing is extremely touristy. It started with us paying for entering the National Park as the only (white) people on board of the tourist ship. We later learned we had already paid with the tickets. Our cruise visited three of those small islands, on the first one a local gave us a little presentation about the islands and little kids surrounded us asking for sweets and money. On the last one Flora and I ate some fried fish, the rest of our group where ‘local’ tourist and didn’t spend too much money (although they had thought about bringing sweets).

The Uros still live on these islands, but instead of living on what the lake provides them, they now rely solely on tourism. There is a swimming school, a small “restaurant” and a hostel. One could see only old or very young people but we could not find out why. Maybe they are leaving on a certain age, as not a lot of work is available. Maybe they still live there and return after work or school.

All in all it was weird, an amazing place on one side, but kind of sad on the other. But once you looked at the pictures, you will see it’s definitely worth a visit.
This entry was posted in South America, Travels. Bookmark the permalink.