Week 3: Cusco – Capital of the Tourists

From Puno we took an eight hour bus to Cusco. I saw the first time railway tracks that really are in use, after hundreds of miles of abandoned tracks and almost missed the bus shopping for chocolate on a stop in a small town. We found a great hostel (Southern Comfort Hostels) with not only hot water but also pressure that makes my own shower in Vienna look old. 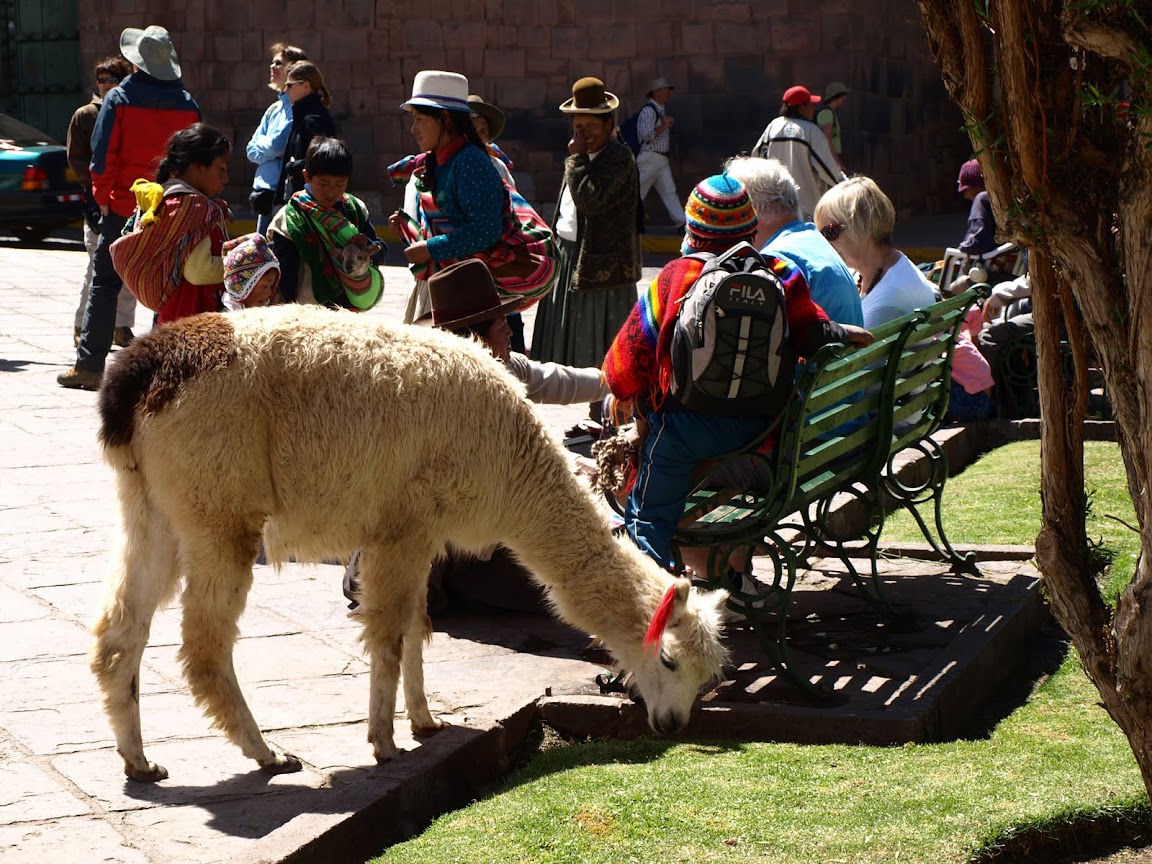 Cusco – Capital of the Incas

Cusco, the capital of the ancient Inca empire. Today it is a scenic tourist town full of old buildings, but after our journey there is a bitter taste to this place. The architecture is impressing, the center Place de Armas could be somewhere in Austria with his old churches, arcades and wooden balconies. It’s definitely a place to wander around, but at the same time it is the first place where the ‘traditional’ Peruvians have been pushed to the side. While in all the other places we have been there where (mainly) woman in their own traditional clothes, colorful and tapped with a bowler hat, taking a prominent place (and it didn’t seem like it was just for tourists) they appear in the Cusco of tourists and shops only as spectators pressed against the walls of fancy shops. I’m really not sure what to do with this city.

A day after taking this notes I walked around a different part of Cusco. A few minutes walk from the center the tourists get fewer and fewer and finally there markets for everything, food, electronics, clothes, that offer the same things as in the city but at much lower prices… always a good sign. So it’s not all of Cuszo but the center that is tourist land. 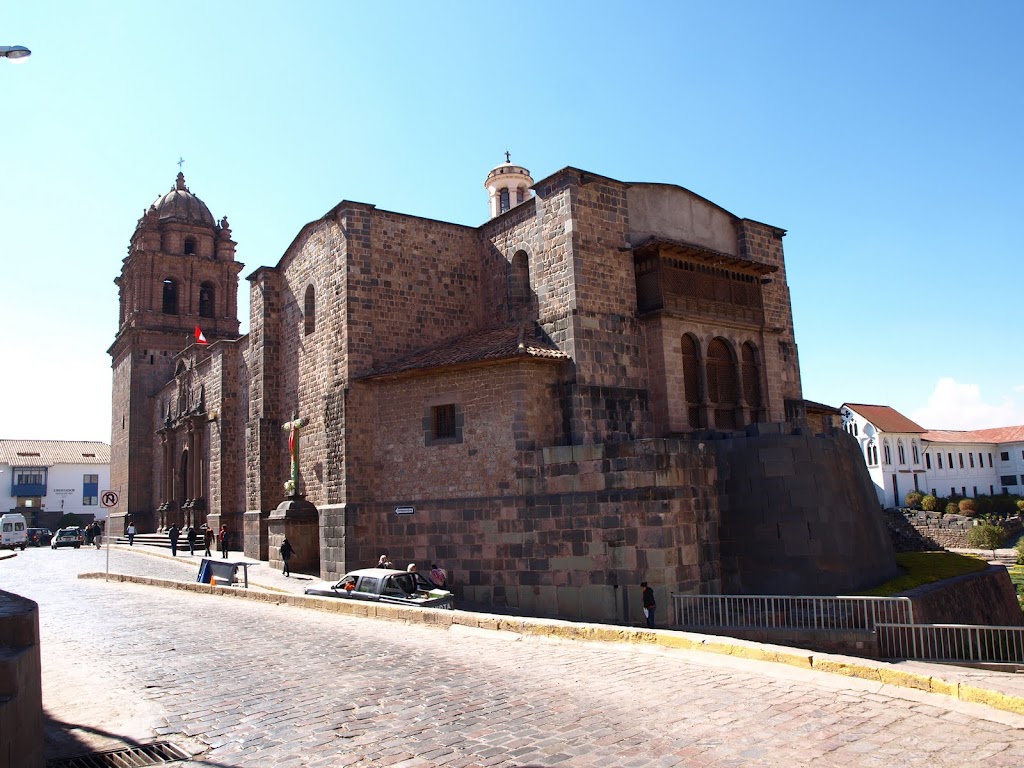 Coricancha, once Inca temple then monastery

To prepare for Machu Picchu we visited two museums in the center. The first one was in the old main temple of the Incas, the Coricancha Temple, which the brutal conquistador Francisco Pizarro gave to his brother who later donated it to the Dominicans. They still own it today, rebuild it to fit in a catholic church and run the museum. This results in a total belittlement of Spanish-Catholic atrocities. The famous story of Pizarro capturing the Inca king Atahualpa and demanding huge amounts of gold as ransom, which were stripped from the walls of the temple by the Inca, and then killing him anyway sounds like something like this: “The walls were decorated with gold that was mostly taken off by the Spanish conquerors.” Most of the museum is dedicated to Catholicism and the biggest room features local paintings of Jesus & Co.

The little information about the Incas sparked our interest and so we went on to the next Museum. The promising named Inca Museum is located in a beautiful Spanish building with a big courtyard, once the palace of a Spanish Admiral and contains tons of Inca and Pre-Inca artifacts, often unfortunately labeled in Spanish only. It still was interesting and I will do some more reading on the topic, as I don’t agree with the US-tourist declaring “Now I feel like I know everything I wanna know about the Incas” when leaving the museum.

To read up on the topic I strongly recommend The Incas. The Royal Commentaries of the Inca Garcilaso de la Vega. Keeping in mind the personal history of the author (“The son of an Inca princess and a Spanish conqistador was a convert to Catholicism.”) it offers you a compelling insight into this great culture.
This entry was posted in South America, Travels. Bookmark the permalink.