Week 3 in Argentina: Salt and Koka

Salta is the capital of a province with the same name in the north-west of Argentina. We (as I can say from now on) stayed there only for one night, but the day had a tight programm. I walked upon the house-mountain of the city (1000-something steps) that offers an amazing view, while Flora was recovering fom saying good bye to her boyfriend Rafael who went back to Ushuaia. We visited some mercados, ate delicious empanadas (I was told several times I have to try them in Salta) and had my first beer in Argentina, a local brand called Salta (not bad, very light and with a lot of bubbles). I did the obligatory sight-seeing tour to the (pink) cathedral (where people actually kneel in front of the priest while confessing), some smaller churches and some really cool, kind of arabic-style buildings (I still have to find out what they actually where). And of course did my laundry after the smelly-dog-incident. 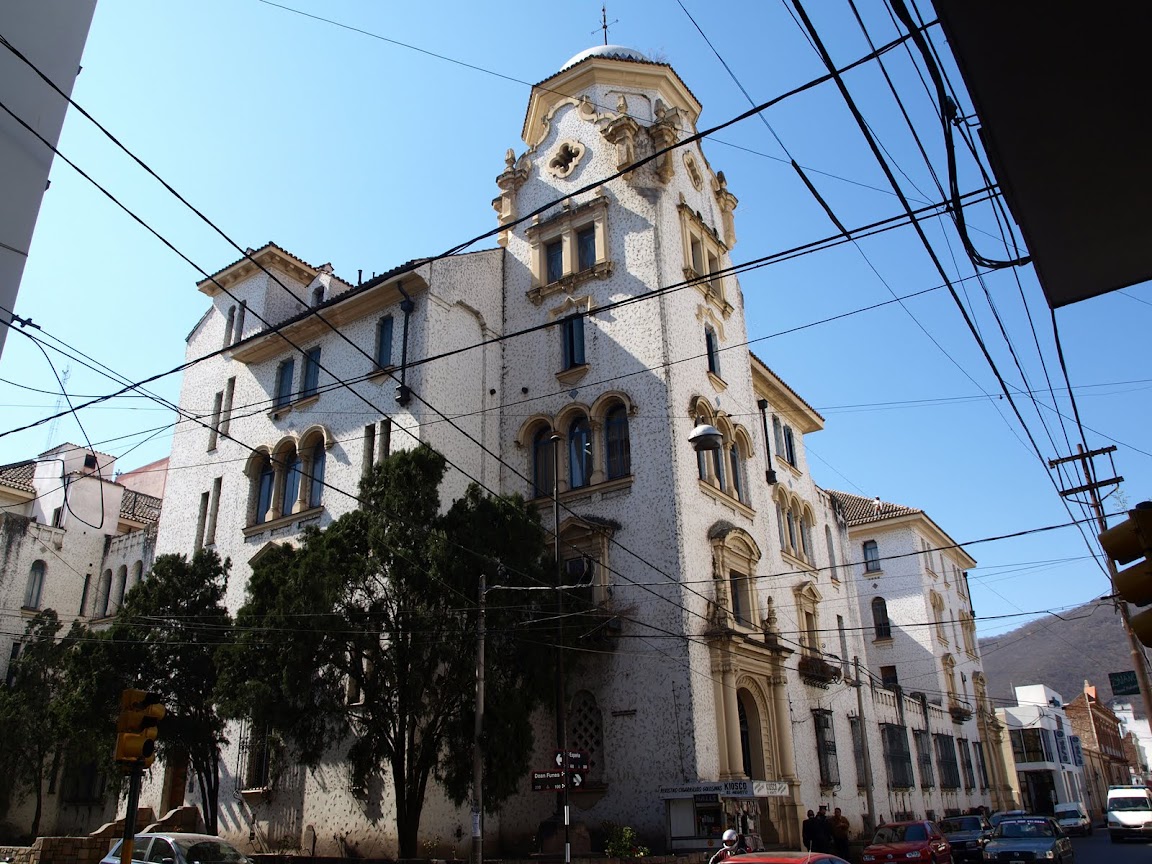 On the next morning, clean and happy to have a permanent translator from now on, I joined Flora on the bus to Purmamarca in the province Jujuy. In fact the bus dropped us at a crossing three kilometers from the little villagel, but while we were ready to walk, another bus picked us up, not only heading to Purmamarca but all the way to our real target, the Grand Salinas, 70km over a 4117m high pass further towards Chile. The bus slowly drove up countless serpentines in the most colorful mountains I’ve ever seen. It was full of locals who were getting off at probably some of the loneliest spots in the world. Tourists don’t really take that bus as there is now way back except hitchhiking, but we were confident to get back.

The Grand Salinas is a huge white plain 3800 meters above sea level. It is crossed by a single road leading to Chile. The bus dropped us of at the only thing resembling a tourist spot, a little white complex made out of salt-bricks. Two container-toilets where all the service it had. A little salt-industry is located behind it. After taking some pictures (and one with a girl who apparently liked our backpacks) we walked towards a bunch of cars a couple of hundred meters away, asked one couple and already had our ride back over the mountains.

The two Argentinians shared not only their car, but also their koka (which helps to cope with the high altitude and is only legal in the provinces Jujuy and Salta) and their sweets, stoppened whenever we wanted to take pictures and, after a 40min stop in Purmamarca, we decided to join them to go to Tilcara, another little village on the road to the boarder-crossing La Quiaca from where we planned to cross Bolivia to go to Peru. In Purmamarca we wandered around the little town, took pictures of the surrounding mountains, including the amazing Cerro de los siete colores, and I bought a hat (who was later baptized Pedro). In Tilcara it took us a while to find a hostel, but the Argentinians drove us around patiently until we found a great place before looking for themselves. 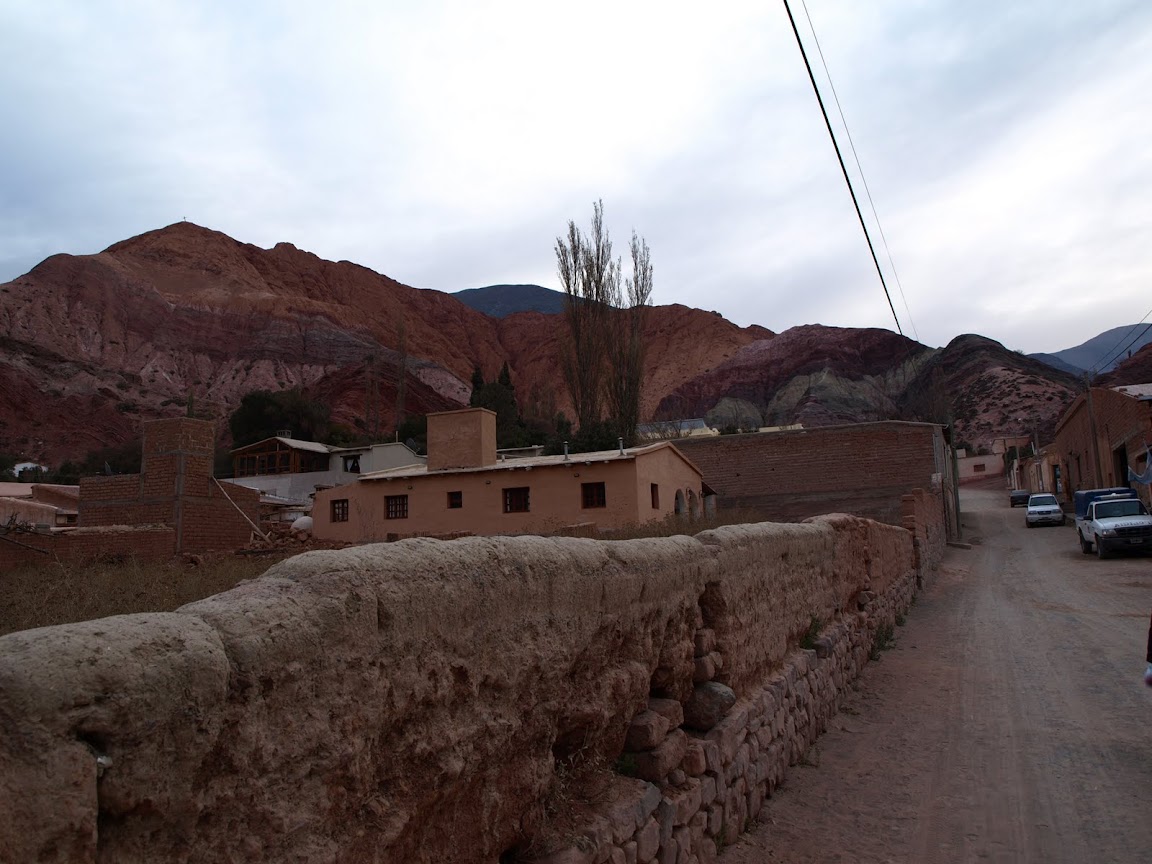 Not even all the siete colores

After checking into the hostel we went to the market, Flora bought some vegetables, spices and meat and we had the best dinner I had so far in Argentina. A potpourrie of Batata (sweet potato), Zapallito (round zucchini), Berenjena (aubergine), paprica and cebolla (onion) spiced up with pimenton (a ‘typical’ Argentinian mix of chili, safran and curry) and chimichuri (which means ‘Give me curry’) and two great pieces of beef the Argentinian way, only with some salt. After sending some reassuring messages back home we had a beer (a dark Norte) and listened to some local traditional band in a bar called La Pena de Carlitos.

The next morning, after hitting the tourist market we started our journey to Peru in the bus to the border crossing La Quiaca.
This entry was posted in South America, Travels. Bookmark the permalink.