Completely exhausted from the trip to Machu Picchu we stayed another night in the great Southern Comfort Hostel in Cusco, doing our laundry (necessary), having a good night of sleep (quite necessary) and taking a shower (absolutely necessary). Our next bus wasn’t going until the evening so we had a slow day, the only thing worth mentioning is our lunch in a great little place behind Place de Armas called Kukuly. Cheap, clean, friendly staff and amazing food (a fixed menu). Check it out if you go there, it’s really worth it. 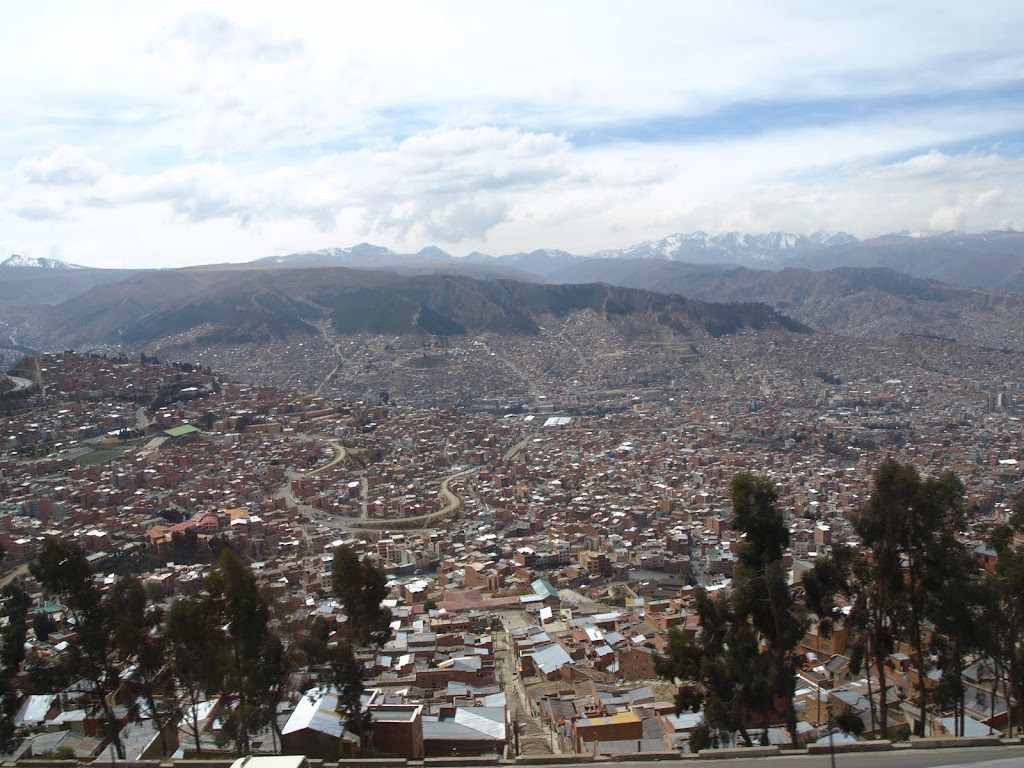 Having this break was a smart thing to do, as we were entering a week of travelling, going in two nights from Cusco (Peru) to La Paz (Bolivia) and Santa Cruz, where we stayed one night before taking the next overnight-bus to Asunción (Paraguay). After another night in a hostel we boarded a boat up the Rio Paraguay to Concepcion, but I don’t want to anticipate.

The journey to La Paz started stressful. The guy who sold us the tickets told us his bus was better because we wouldn’t pass Copacabana and therefore be faster than most other buses. Therefore the couple in the seats next to us who had booked a direct bus to Copacabana made us considerably nervous. But we were lucky and they, not us, were the ones who had been lied to. Our bus was direct, had the promised toilet (well, ‘solo urinal’, but that’s better than nothing) and we even got blankets. Only the promised snacks never materialized.  All in all we made our peace with Bolivian buses mostly because being on a tourist road (La Paz to Machu Picchu) it was completely paved. 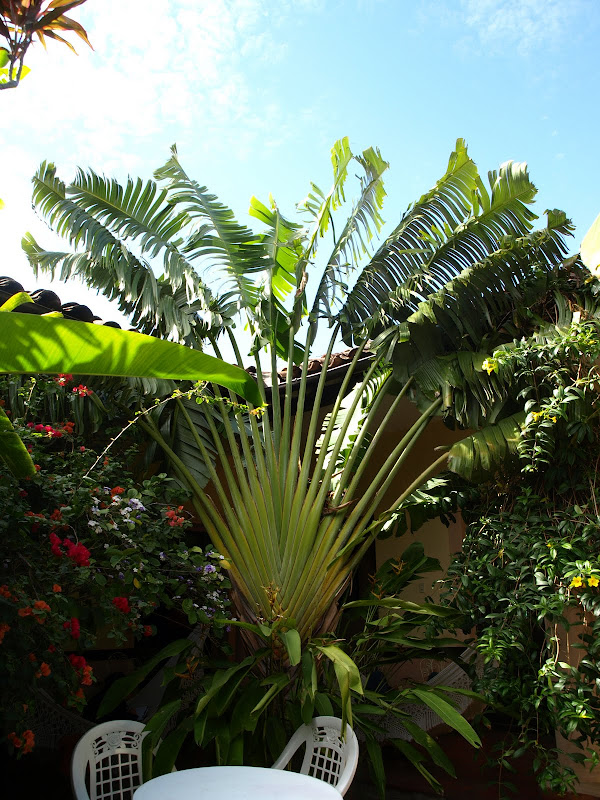 Resting under the Traveller's Tree

After booking the bus to Santa Cruz we had some time to explore La Paz, ran around the city, visited a view-point (this city just looks amazing) and a museum and found another great place for lunch. I don’t remember the name, but there was only one menu and we paid about one euro each for starter, soup and main dish. After lunch we also went to a so-called ‘travelers pub’, where Flora spent the same amount of money on a simple espresso.

The bus from La Paz to Santa Cruz wasn’t as good as the one the night before. The promised toilet was there, but didn’t work and we didn’t stop until the morning. I didn’t sleep much…

In Santa Cruz we stayed in a Lonely Planet-recommended place called Residencia Bolivar, most of the time hanging around in hammocks in the patio. I am (was) sitting under a traveler’s tree, eating hard-boiled eggs (the only thing they would let us use the kitchen for) in t-shirt and shorts enjoying the sun on my travel-afflicted body while writing these notes.

In the last two nights we have covered over 1000km (air-line distance) and there is another bus waiting for us tonight. We will leave Bolivia and go to Asunción in Paraguay. Another almost 1000km (air-line distance) on the Trans Chaco-route will take 24 hours. We were promised food and a (functioning) toilet but are prepared for the worst… don’t even ask how you prepare for 24 hours without a toilet!
This entry was posted in South America, Travels and tagged Bolivia, Bus travel, Peru. Bookmark the permalink.