Four days after Christmas I was standing outside my hostel and gazed through the window into the kitchen. With me was Bonnie, a student from Australia and while I was more amused than shocked, Bonnie seemed more horrified than amused. For her it must have been the bizarre climax of a very, very strange day. For me it was just another weird moment in an absolutely comical but great week. 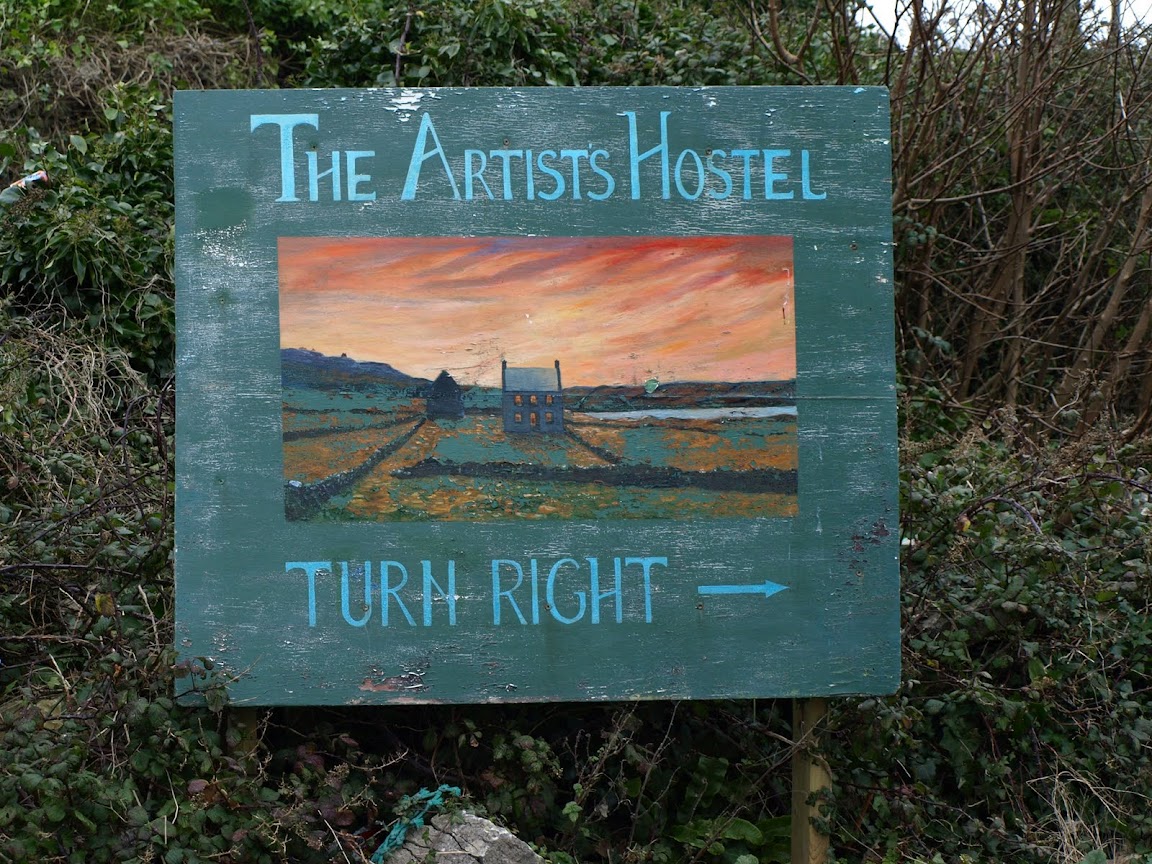 A great, but strange little place

It had begun in Limerick where, after the first semester of my Erasmus-stay had just flown by, all my friends had left to go back to their various home-countries for the holiday. All I knew was that I wasn’t going home and couldn’t stay in my apartment as I had given it up and dumped all my stuff at a friends place. Studying over a map of Ireland I came up with a plan and little later I waited with my backpack at a roundabout in Limerick, holding a sign saying ‘Galway’ and ‘Doolin’.

Both of these places have ferry-connections to Inis Mor, the biggest of the three Aran Islands and the idea of spending Christmas with a bunch of Gaelic-speaking islanders seemed strangely appealing to me. I didn’t have to wait long for a ride (lucky enough the guy was going to Galway as someone told me later that there was no ferry from Doolin during the winter season) and on the 23rd of December I set over to Inis Mor, together with a bunch of locals and their extensive Christmas shopping. The deck was full of packets of all sizes, some already gift-wrapped. From flat-screen TV’s to food everything one could possibly need was on that boat.

In Kilronan, the ‘biggest’ of the ‘towns’, I spent two hours running from one closed hostel to the next or rather from where I had understood these hostels were until I finally found the only open one. The Artists Hostel, a lovely little place, with its unique staff would become the epicentre of all that was going to happen.

The first to welcome me was Tony, a middle-aged man from Dublin who was helping out as the owner of the hostel left the island to celebrate Christmas with her family. He showed me around and told me how lucky I was to get a place in the hostel as there was no ferry back to Ireland for three days. I hadn’t known that. In the evening I was sitting with him and two other guests in front of the TV, talking about the world and his wife, and watched Tony getting drunk from the coke in front of him. His eyes became smaller and smaller, the TV louder and louder and the questions increasingly bizarre.

Where are ya from?
Austria.
Aah, not Limerick?
No, I study in Limerick. Just for the year.
Limerick, hm. Grand.  Stab City. Are ya workin’ for Dell? Loosin’ ya job, ah?
No, No, I’m studying there.
Studyin’? (looks at the TV) Ya know, here everything is for the children, education, music dance. Do ya have kids? 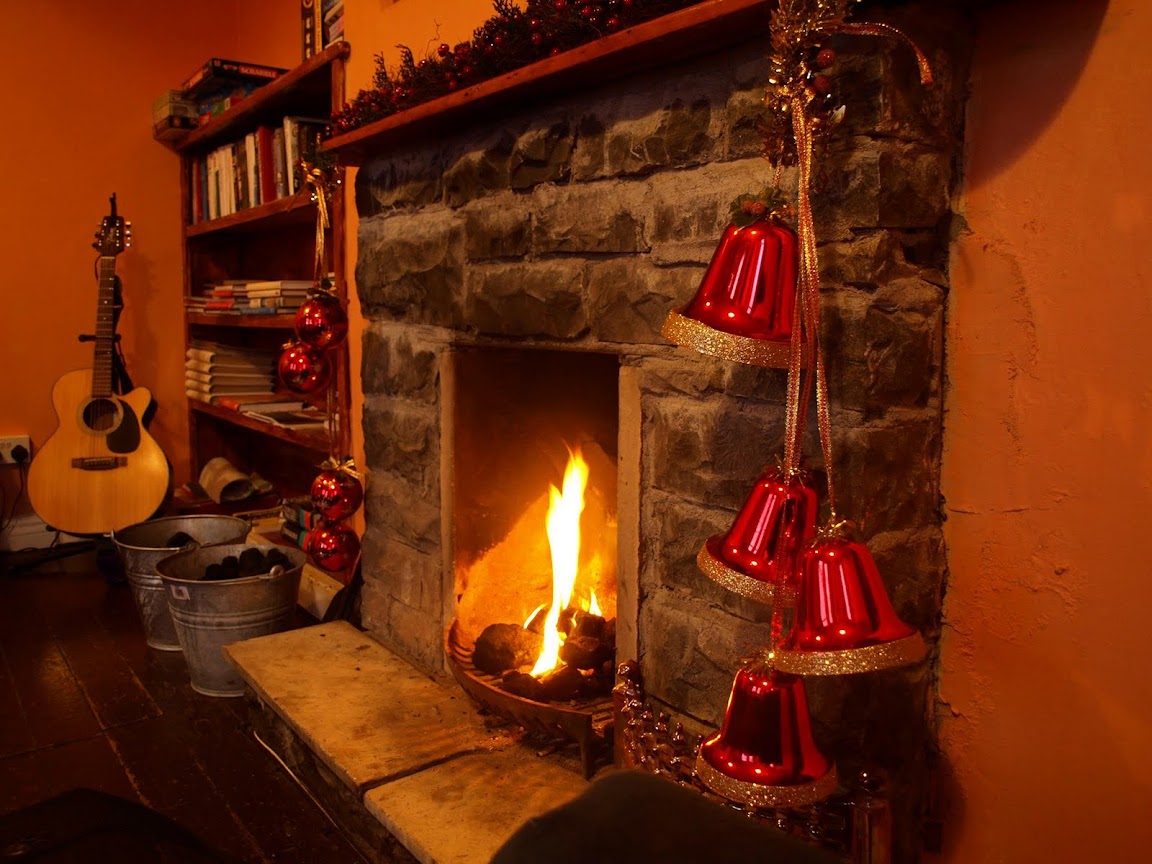 A fireplace at Christmas

When he got up to get coal for the fireplace I finally spotted the vodka-bottle he used to spike his drink. Now everything made sense. After he returned (without coal) we continued our conversation, now going where the TV led us. And the more the alcohol took its toll the less controllable the remote control became. Eventually we got stuck with horse racing.

Horse racing is important, ya know? Racing is important… ah… forgot your name. Fuck it. It’s very important. Do ya understand the importance? It’s my horse is faster than yours. You’re polish, where are ya from?

The water boiled once again before Tony returned for the last time.

Goin’ to look after me horse, he said and left.

Still to come: more increasingly drunk Irish, a lot of music and what we saw through the kitchen-window.

This entry was posted in Ireland and Scotland, Travels and tagged Artists Hostel, Inis Mor, Ireland. Bookmark the permalink.